Like many schools, Flagler College sees several student withdrawals each term. Some are due to injuries or illnesses, and others are because of mental health-related conditions, such as stress or anxiety.

The liberal arts college in St. Augustine, Florida first partnered with GradGuard in 2015 to offer students and families an affordable way to protect their investment in the event of a covered medical withdrawal with tuition insurance.

Brittney Percival has worked in the student accounts department at Flagler for the past five years. She recalls how the administration did not promote GradGuard's Tuition Protection Program much. It was not even mentioned to students that the option was available.

Students previously had to ask someone on campus about tuition insurance to learn more about GradGuard, according to Percival. The lack of awareness resulted in only a few students opting into the program.

The school's website did not even mention tuition insurance, she said. Brochures were available for students only if they specifically asked about them.

When students would withdraw, Percival and her colleagues would be inundated with appeals. Students who withdrew would be hit with a high cost they owed to the school. She said students would often try to fight it for an appeal or ignore it and not pay. But then their accounts would end up in collections. Flagler would sometimes cut students a break if they didn't have tuition insurance but still needed to withdraw.

"We did that a lot," Percival said. "That was one of the reasons why we wanted to advertise this a little bit more, so we could kind of back away from doing that as much."

Percival was watching a webinar for GradGuard when it dawned on her that granting appeals was not a long-term solution and that they could do more to promote tuition insurance.

Percival and her colleagues knew leaving the burdensome withdrawals and appeals process as status quo was no longer an option.

In 2021, Flagler integrated GradGuard's Tuition Protection Program within the campus's bill pay system, Transact. GradGuard's exclusive partnerships with the leading technology companies serving colleges and universities enable its leading tuition and renters insurance programs to be integrated at no cost to schools.

Since the integration with Transact, Flagler has seen surging participation rates. Brochures were previously stuffed in the administration's desk drawers, and students had to specifically ask about tuition insurance for anything about GradGuard to be known. Now, tuition insurance is mentioned during orientation and is included in all of the Flagler student information.

Since Flagler launched the integrated offer with GradGuard and Transact, 100% of students were informed of the school's refund policy. Flagler saw a nearly 400% increase in families choosing to protect themselves with GradGuard's pioneering Tuition Protection Plan. 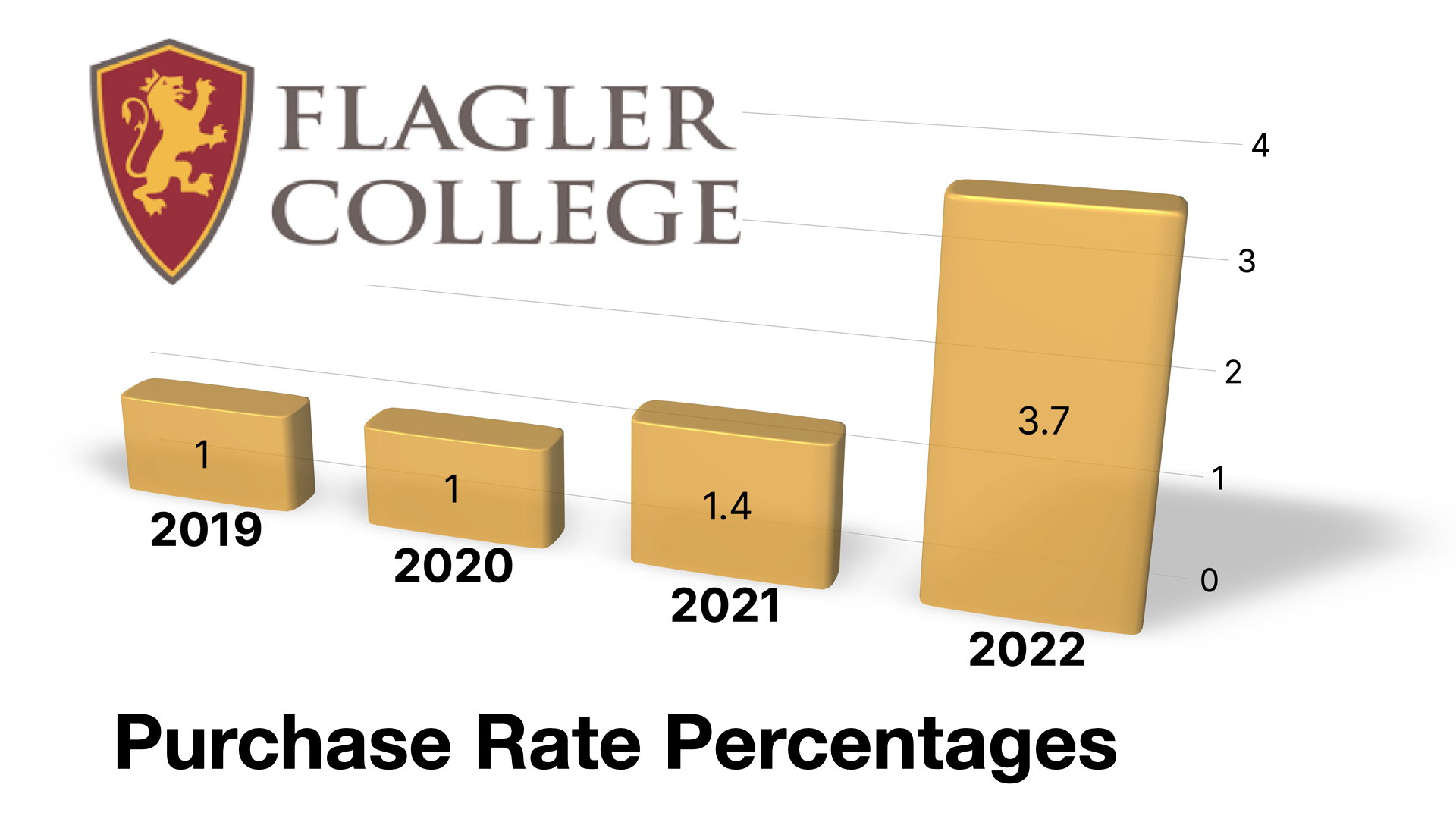 GradGuard's Tuition Protection Program provides benefits to complement a school's existing refund policy. After the first few weeks of class, when schools are typically unable to provide refunds to students who withdraw, even for medical reasons, that's where GradGuard can.

Percival says although withdrawing is a tough subject to talk about with students and parents, it's important to inform them about options that can help them. During move-in weekend, she often meets with parents to walk them through the payment portal. That's when the tuition insurance offer pops up.

Even when parents immediately say their student won't ever withdraw and they don't need tuition insurance, Percival takes the time to explain to them that she's not implying their student will definitely need to withdraw in the future, but rather informing them that there are risks out there and the investment they're making in higher education is worth protecting. GradGuard does not pay schools like Flagler to offer tuition insurance to students and families.

"You don't want to put that in your student's mind or as you're talking at orientation that it could even be a possibility," Percival said. "But we also want to let them know: Once you've gotten past add/drop, there is no 100% refund."

More students opt into the Tuition Protection Program at Flagler each term. When the optional student benefit is presented to students and parents, they must acknowledge the school's refund policy, even if they decline the insurance.

As the program grows, Percival says her team at Flagler is more equipped to push back on students who withdraw and try to appeal outstanding balances. School administrators now have visibility into the students who have insurance and those who don't if and when they should be faced with a withdrawal.

"It helps us have a little bit more leg to stand on with students, so we're not spending all this back and forth fighting and doing an appeal process," Percival said. "This semester, we haven't made a break on anybody or made a separate appeal for anybody for any circumstance they've encountered."

Many higher ed folks would agree that their dedication to helping students keeps them going. It's not easy for Percival and her colleagues to seemingly go against helping students by standing by their refund policy and not making breaks for students who withdraw. But by doing so, they are helping their students by offering tuition insurance. GradGuard understands the need for such policies in place and how devasting a financial loss from a withdrawal can be for a family.

Withdrawing is a difficult decision that takes a toll on the affected student and family and the administrators who process withdrawals and appeals.

"It's taxing and it takes a lot out of you to hear these stories," Percival said. "And you do feel for them, you do want to help them. It's hard to hear some of these stories."

In her conversations with parents, Percival says she always starts by acknowledging that withdrawing isn't something anyone wants to think about, let alone picture themselves going through.

"You just never know what's going to happen," she said. "And just spending that little extra each semester just to have that peace of mind, it's nice to have. Instead of worrying about possibly owing us money, you could be getting your money back."

Colleges and universities that partner with GradGuard offer students and families better protection at more affordable rates than direct-to-consumer. Instead of pointing students who ask about tuition insurance to GradGuard's website, schools can ensure more students are opting into the protection they want and need.

Directing students to the website was what Flagler was doing before the integration with Transact, and it wasn't successful.

Integration took the program in a new direction, and Percival says it was worth it. For the different departments that deal with withdrawals, it alleviates a lot of the stress previously there, and they have more time to do other necessary tasks.

When students and parents look into a college, all communication goes through the college. Percival adds that families are going to trust what the college has to offer, including if they have an optional tuition insurance benefit.

"For us, I think it's totally worth it for the school to be integrated with tuition insurance," Percival said. "Overall, I can say it's worth it to partner. It's a huge investment for these parents and students. Mental health is a huge thing right now. You just never know once they get into this environment, and then also coming off of the pandemic, what's going to happen. So I think it's definitely worth it for parents and students to have the school promoting GradGuard."

See if your college or university is eligible for a Tuition Protection Program with GradGuard here or by emailing us at CampusInterest@gradguard.com.